Check out the latest news and events.

A Middle School Unlike Any Other

Posted by Morgan Lee on 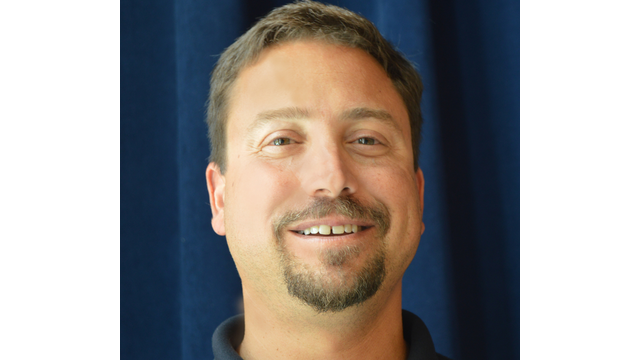 Thank you for taking interest in the American Graduate Blog. My name is Morgan Lee, and this is my first official blog post a new intern working with this amazing program! I look forward to sharing all of the impactful experiences I have while interning for ETV and American Graduate.

My first official week of being an intern hasn’t even ended yet, and I have already learned more than I could have expected! Today I wanted to share with you one of the greatest experiences I have been able to have not only as an intern working with American Graduate, but as a person in general.

This week I was able to make a trip down to John’s Island, South Carolina to spend some time with the principle, teachers, and students at Haut Gap Middle School. We were going to gather some information about how they had integrated PBIS into every day and every class in their school. PBIS stands for Positive Behavioral Intervention and Supports, and it is making a huge difference, in a positive way, in the education of the students at Haut Gap Middle, and other PBIS schools across the nation.

The very basic premise of PBIS is that it is an evidence-based behavioral intervention system, with the goal of enhancing academic and social behavior outcomes for all students. PBIS emphasizes the creation of organizational systems that allow educators and administrators to use effective ways of interventions successfully. But as most teachers at Haut Gap, and Principle Travis Benintendo said at my visit to the school, PBIS is hard to describe in a few sentences, but in my opinion, it speaks volumes to its credibility when you see it in action.

As we walked the halls of Haut Gap, lead by principle Benintendo, I could tell that there was something very different about this school. When passing students in the hallways, they would smile and greet their teachers, and their principle. The students seemed genuinely happy to be at school, and very comfortable around their authority figures. The whole school felt warm and inviting, and just an overall wonderful place to be, which in all honesty is very rare for most middle schools you walk into!

With every classroom we sat in on, I could see PBIS in action. Teachers would constantly affirm their students for doing simple things such as being prepared for class, following directions with a positive attitude, and not talking when they were talking. Every time a teacher positively affirmed a student, you could just see the student glow with pride in their actions, and consequently their schoolwork. And if a student acted out, the teacher reminded them of the common values necessary to PBIS, and asked them to correct their own actions. As a whole, these classrooms were working so smoothly, and I honestly felt as if the students showed such passion and pride in what they were completing, it was wonderful to see.

While I feel that PBIS plays a huge role in making Haut Gap Middle School the amazing school that it is, I think another huge contributing factor is the school’s principle Travis Benintendo. Everywhere we went with principle Benintendo, he knew a student by name, and spent a couple of seconds conversing with them, asking them how their day was, and seeing if he could help them with anything.

When asked why he became an educator, Benintendo discussed his upbringing in New York, and how he was going down a wrong path as a young boy. He tended to gravitate toward a negative crowd in his neighborhood, until he said, “a couple of male role models set [him] straight”. He went on to discuss how his parents had always tried to keep him from going down a negative path as a youth as well, but it didn’t really resonate with him until “people from the street, that [he] respected, really started to change his way of thinking”. It was this experience that made the principle want to be a positive male role model to the youth in his community, and Benintendo found a way to contribute to children’s lives through becoming an educator. Benintendo’s relatable past, I believe, is what makes him such a great principle to these children. When you see him walking down the hall, he always has a smile on his face, wanting to know how his students are. “If you don’t connect with kids they wont learn from you” Benintendo strongly believes that “to gain the respect of adolescents and teenagers, you need to show them that you care”. And I would absolutely agree that that is what makes Haut Gap such an exceptional school, and what makes Benintendo such an exceptional principle. The middle school is filled with teachers and faculty who take a genuine interest in what is going on in their student’s lives in and out of the classroom. Benintendo believes so strongly with personally connecting with students that he goes on to say “without investing that time, the greater purpose cannot be done”.

My experience at Haut Gap Middle School, really made me realize how undervalued amazing educators and administrators, like the ones at Haut Gap, are in our society. When I ended my interview with principle Benintendo, I asked him what his most rewarding experience has been while being principle of Haut Gap for the past 8 years. He immediately had his response, and I feel like it sums up my experience at the Middle School perfectly.